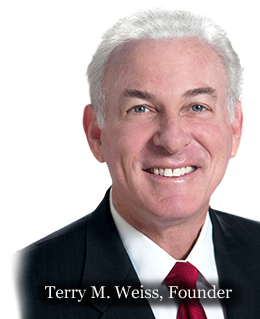 “Over the course of my career, I have worked with several good people in executive search, but Terry Weiss of Weiss Law Search stands out above the rest.” 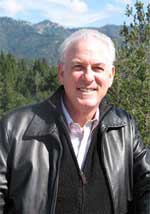 Terry Weiss, the President and Founder of Weiss Law Search, established his legal recruiting firm in 1978. Terry is actively engaged in providing legal recruitment services in cities throughout the world specializing in placements in the US, China, and Eastern & Western Europe. Terry is an attorney, a Certified Personnel Consultant in addition to being a Board Member of the International Retained Search Associates, a select group of Global Retained Search Professionals. During the last thirty years, Terry has enhanced a number of professional careers, accumulated wonderful stories, and remains connected with his candidates and clients. Terry is happily married and has 3 beautiful daughters.

Terry Weiss grew up in Los Angeles, CA, with his parents, one older brother, and one younger sister. This hard working family produced a number of professionals. Terry's father, a successful business attorney, was known for his commitment to his clients, his attention to detail, and his tremendous work ethic. Terry's older brother was a public defender, a commissioner, and a judge before his recent retirement. Terry's sister is a CPA/Cowgirl who lives in Lander, Wyoming. As Terry put it best, he followed “the yellow brick road” to law school. However, his educational path was not easy. While attending law school at night, Terry worked full-time in addition to raising a new baby with his wife.

This seasoned legal recruiter clearly did not go to law school with the intention of becoming a headhunter. Before he transitioned into legal recruitment, Terry worked as a deputy district attorney, a prosecutor, and a litigator in private practice. After his fourth year in practice, Terry decided that he wanted to do something different. He had always enjoyed sales, marketing, and working with people. He started to look for opportunities that had those elements.

While still employed as an attorney, a call from a headhunter enticed Terry to consider a career in recruiting. Terry decided to take a half day off from his job and observed the best headhunter in their company. He wanted to understand “how the game was played.” Everything about recruiting seemed to make sense to Terry. As a result, he decided to take the chance and become a legal recruiter. Terry became a true student of the business, but more importantly, a student of people.

Terry takes great pride in introducing quality professionals to outstanding opportunities. In fact, Terry compares being a legal recruiter to being a director in a “one-act play.” As Terry put it, “I set the stage. I introduce the players to each other. I orchestrate the process. The players get to know one another and in a short time make the decision to be together. I am very fortunate. I live in the world of happy beginnings.”

“To become a successful recruiter, I believe that it takes a strong internal belief that you can make a difference in an individual's career path. You must see yourself as the candidate and do the things that you would want someone to do for you if they were representing you. You should remain curious about people and how they behave. Recruiting is and will always be a study of human behavior. Knowing how to qualify and discern one candidate from another and one opportunity from another is critical to success. You must also be exceptionally honest and forthright with everyone you deal with and do the right thing even when it is not to your advantage. There are no shortcuts to longevity.”

According to Terry, a lot of firms in the past four to five years could have done a much better job of managing their finances in a way to promote a stronger firm environment. As we have recently seen, a number of law firms have failed as a result of not paying enough attention to the economics, overhead, and tightening of the “in-house” corporate budget. As a result we are seeing a variety of alternative fee arrangements being introduced into the legal market. This will continue until law firms and clients find a space where the value of the legal service matches the fee that is paid for that service. The firms that do a better job of this will acquire more and more market share.

Terry's approach to business and life is attributed in large measure to a number of mentors that have surfaced in his life. Terry's personal philosophy centers on the belief that there are no limits except for the ones we place on ourselves. Taking one day at a time and filling it with your best consistent efforts is the key to success.